The new Creative Zen Hybrid offers pretty much everything you could hope for in an ANC headphone. The manufacturer is particularly proud of its hybrid Active Noise Cancellation, which is supposed to be able to block out up to 95 percent of all ambient noise with the feedforward and feedback microphones on each earcup. An additional noise-canceling microphone improves voice clarity during calls.

Of course, there’s also a corresponding ambient mode that adds extra emphasis to ambient sounds and voices. For the acoustics in the Zen Hybrid, 40 mm neodymium drivers are used, which were “expertly tuned” by Creative’s engineers. The manufacturer does not provide any concrete details, but the Zen Hybrid is supposed to be characterized by a warm sound characteristic with precise basses as well as crisp, clear highs. 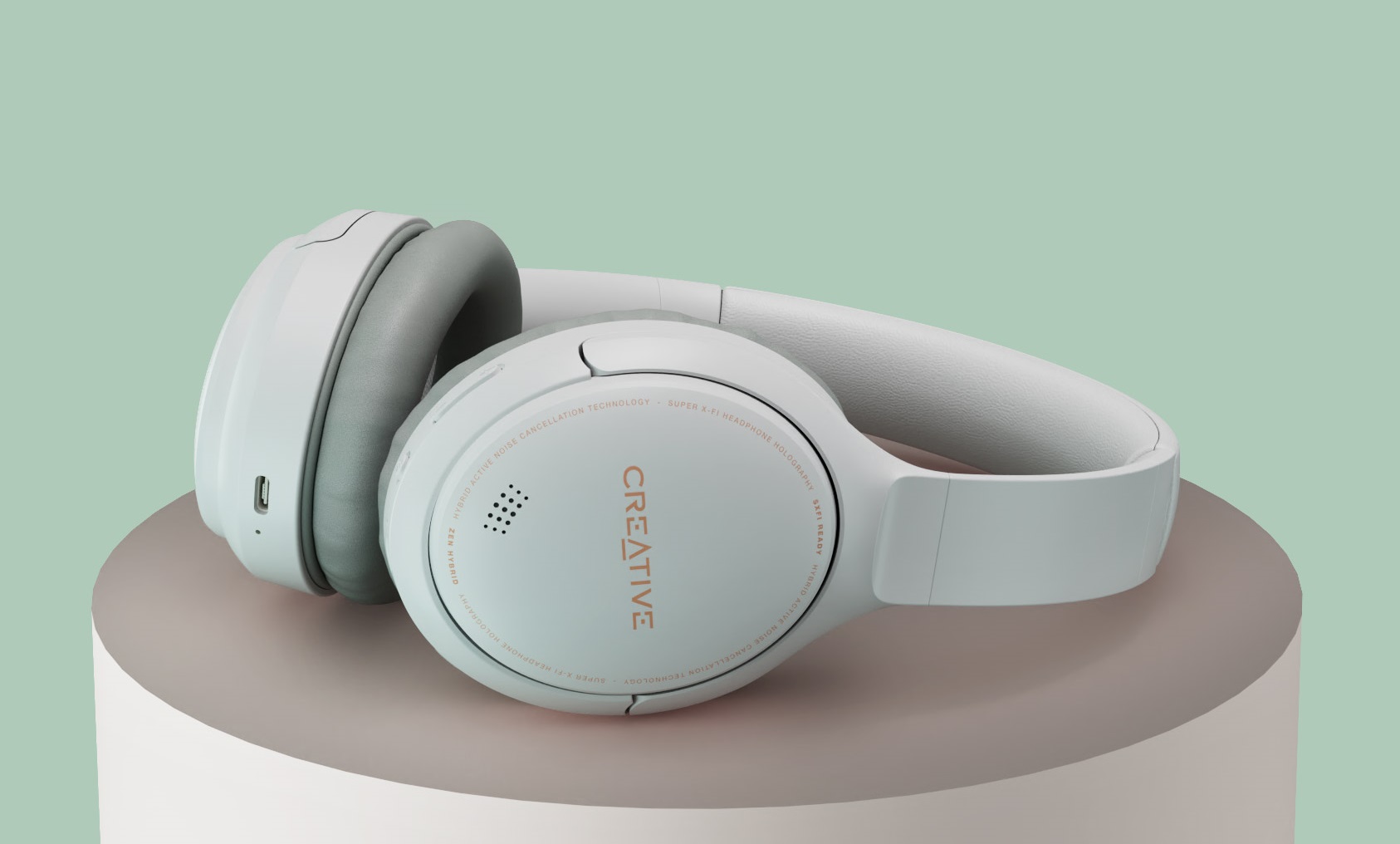